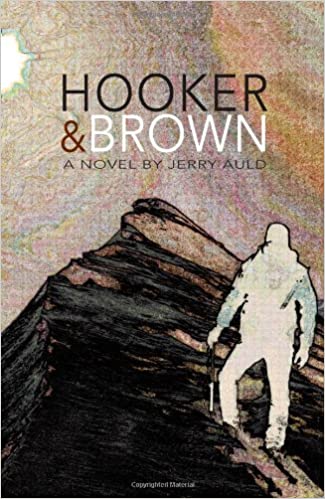 I have recently read Hooker & Brown. I found it through reading Katie Ives - Alpinist’s Editor-in-Chief - new book Imaginary Peaks. This is Ives’ first book and it’s a wonderful read, one I’d highly recommend. In one section she discusses Jerry Auld’s Hooker & Brown. It seemed interesting, I followed my nose and got hold of a copy.

Hooker & Brown helped me to pursue my long-time, generally long-distance, fascination with the Rocky Mountains and American West. Published in 2009 and shortlisted for the Boardman Tasker Prize, it’s set in the Canadian Rockies, mainly in the mountains of Alberta, close to Auld’s home city of Calgary.

The book’s namesake mountains, Hooker and Brown, are two mythical peaks. They were believed to be the highest peaks in North America until it was discovered they didn’t exist, at least not in the form the early pioneers believed.

The story’s main protagonist is Rumi, a recently-graduated geologist and climber, working for the Kananaskis Trail Park through the summer, and trying to decide whether to continue with his studies or head into the world of Big Oil corporates (I’m not sure it’s really this binary but that’s the decision Rumi believes he has to make).

We follow Rumi and his friends and colleagues as they work on the trails, socialise and climb together. Jerry Auld blends this in with the story of Hooker and Brown, and of the early mountain pioneers who claimed the first ascents of the Canadian Rockies highest peaks. Auld weaves in stories of the exploits of David Thomson, John Collie and James Outram as they sought the prizes of the first ascents of Mount Assiniboine, Mount Forbes and other peaks.

One of the themes running through Hooker & Brown, perhaps the key theme, is how places and things lose their wonder and mystery as we learn more about them. Early in the book Rumi wonders about his studies in geology as he gazes to some mountains from the top of a ridge:

‘Before the geology, before my studies, before the explanations, I felt an innocent wonder at things like this. Something had happened here, something big. The earth had ripped itself up and pushed high into the air, rumbling and breaking. That energy still seems to vibrate, but I’ve lost my wonder, forgotten somewhere in the avalanche of books and terminology and math.’

(There is a view that before we can be truly creative within a subject we need to have studied it, become expert at it. I’m personally not too sure about that, at least not all the time.)

Auld uses this and similar metaphors repeatedly through the book. Rumi loves the mystery of mountains to a point of obsession and doesn’t want to fully lose it.

You can interpret the loss of mystery the book explores in many ways - as the Western world’s obsession with claiming ownership and seeking to control using the scientific method? Mountains are a perfect metaphor for this - the early pioneers who first summited high peaks did so in the name of their country, to conquer, claim, map and so to ‘understand’.

My favourite character in the book is The Lookout, an older woman who in the summer spends her time alone on the mountain, living in one of the National Park’s fire lookout towers. A shaman-like figure, Rumi occasionally visits her on her mountain, looking for knowledge. She doesn’t give this freely but encourages Rumi to find it for himself.

Hooker & Brown culminates in a moment that explains the mystery of these two mountains but doesn’t take any of it away. Read this book for a story about climbing, friendships and decision making, inspired by the stark beauty of the Canadian Rockies. 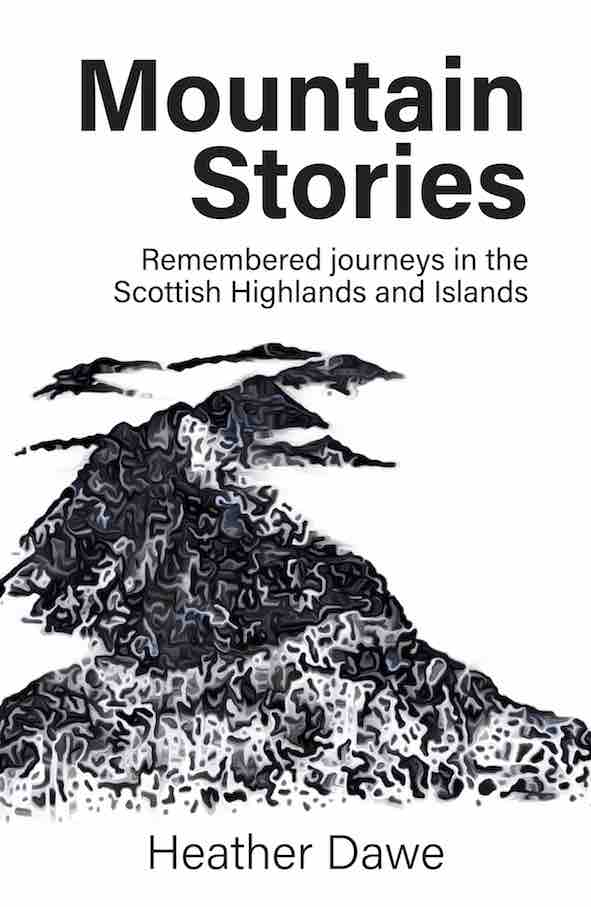 Heather Dawe's latest book is Mountain Stories, an illustrated memoir of journeys through some of Scotland's most beautiful landscapes, including Skye's Cuillin, Knoydart, Assynt and the Far North. Writing during lockdown, author and artist Heather Dawe finds telling these stories a powerful means of reconnection with the mountains when they are physically inaccessible. Dawe's journeys are made by walking, running, cycling or sea-kayak. These stories are a reflection of the importance of wild places and the inspiration, art and culture associated with them.

Mountain Stories has a foreword written by Arran resident, Mountain Leader and President of Ramblers Scotland, Lucy Wallace. You can order it from our online bookshop below.